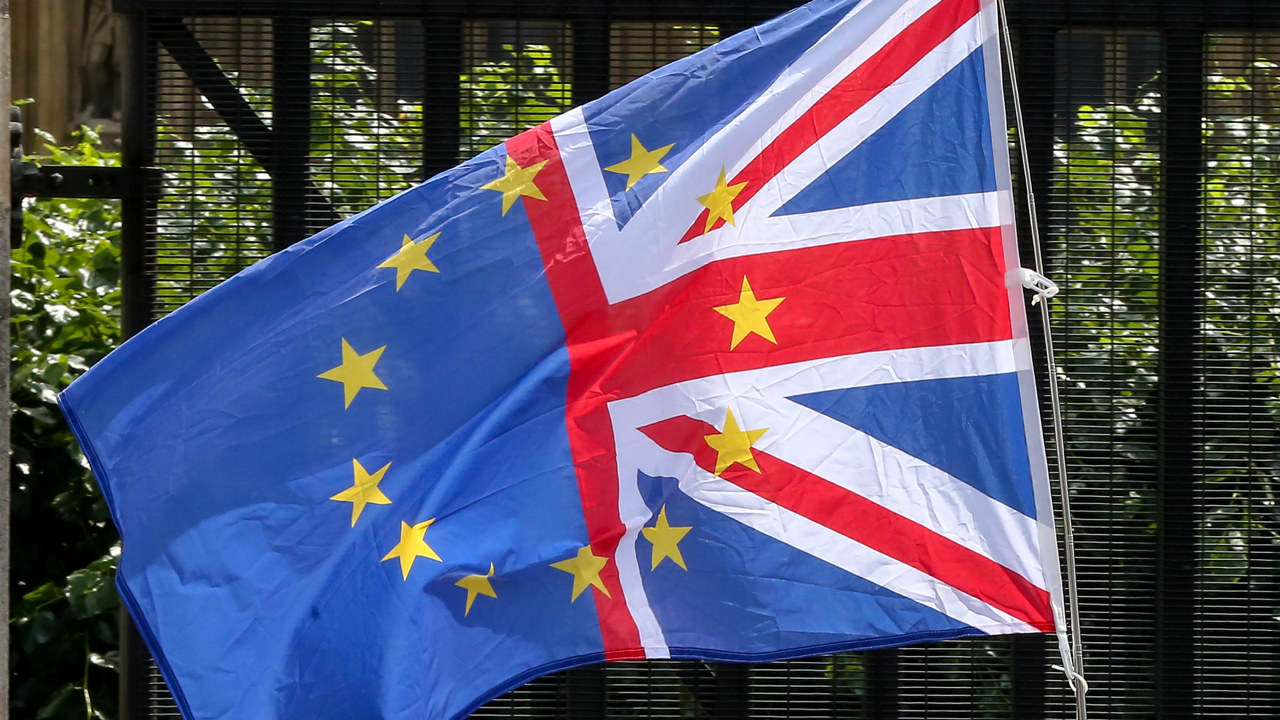 NHO has put together a guidance document for a worst case scenario. Credit: Dinendra Haria/WENN

How should businesses prepare for Brexit? NHO has put together a guidance document for its members, initially in preparation for a ‘worst case scenario’, in which there is no agreement between the EU and the UK on 30 March 2019.

The list will be updated on an ongoing basis, as the negotiations between the UK and the EU progress and more issues are clarified. We are currently addressing the issues of imports and exports and movement of persons and contracts.

As of the moment the UK leaves the EU, the EEA Agreement will cease to form the basis of trade between Norway and the UK. In a transitional period from 30 March 2019 until 31 December 2020, according to the plan, the UK will continue to be part of the EU’s Single market and customs union.  This will depend on the withdrawal agreement, however, and considerable uncertainty still prevails.

Back to the WTO

If no new agreement is reached by 30 March 2019, the rules on free movement (goods, services, persons and capital) will cease to be in force as the legal framework for trade between Norway and the UK. In that scenario, we will fall back on the WTO rules for trade between our two countries, and Norwegian businesses can risk coming up against challenges such as tariffs/customs duties and other barriers to trade, documentation requirements and inspections of goods and persons at the border.

A new and different agreement with the UK must, therefore, eventually be negotiated and may take the form of a bilateral agreement with Norway alone or under the auspices of the EEA/EFTA arrangement. This could take a long time. In any event, the scope of our trade and the economic integration we have with the UK means that a future agreement will have to be much more comprehensive than what is provided for under WTO rules or a traditional trade agreement. It is in the interest of Norwegian businesses that a future agreement maintains the current terms of the internal market as far as possible and that any updates to the rules be made on an ongoing basis, so as to ensure that similar trade terms continue with as few barriers as possible.

Brexit gives rise to uncertainty surrounding the future trade links between Norway and the UK in both the short term and the long term. The predictability on which Norwegian businesses rely is lessened as a result of Brexit. NHO’s primary task is to safeguard the interests of business and industry. This checklist is aimed at helping businesses map out what steps they can take already, and which processes it can be a good idea to think through in order to foster greater predictability.

The checklist has been drawn up based on ongoing negotiations between the EU and the UK – in which Norway is not, formally speaking, involved and over which it has no influence. The checklist doesn’t provide any definite answers as to what is to come; it is only possible to offer some guidance based on the current situation. It cannot anticipate political decisions that may not be taken. Therefore, in the following we will simply follow the line that can best be described as ‘expect the best, prepare for the worst, capitalise on what comes’.

At the current juncture, the list has been drawn up based on the ‘cliff-edge scenario’, under which there is no agreement between the EU and the UK on 30 March 2019.

The UK Government has put together a package of Technical Notes for different sectors in the eventuality no agreement is in place between the EU and the UK in March 2019. To find out more:  How to prepare if the UK leaves the EU with no deal.

1. Export or import to/from the UK?

Free trade in goods without customs duties and tariffs is a fundamental premise for the functioning of the Single market. Norway’s participation in the EU’s Single market is largely customs-free within the EEA for goods covered by the EEA Agreement, such as the 0% tariffs on industrial goods.  Fisheries products are regulated in a separate Protocol and are subject to varying customs rates. Norway is nevertheless not part of the EU’s customs union. In principle, Brexit will open the door to the possibility of introducing customs duties and tariffs between Norway and the UK. This can potentially happen as from 30 March 2019. In all likelihood the UK will become a non-EU country for the purposes of the EU customs union, and Norwegian businesses must therefore be able to work with both the Norwegian and UK customs rules. It is not expected that Norway will introduce tariffs or customs duties on imports of industrial goods.

A distinction should be drawn between tariffs and non-tariff barriers.

Non-tariff barriers to trade may potentially constitute a greater barrier than tariff barriers; these often take the form of impediments to trade arising from different countries having different rules, standards and approval schemes.

In the following several points are outlined to which businesses should be particularly attentive in terms of tariffs and non-tariff barriers. The list is not exhaustive.

The UK import tariffs are not known at the current juncture but will likely be about the same as the EU’s current WTO import tariffs. You can learn more about this on the European Commission website:

The degree of readiness and preparations at transit countries’ export and import points may affect the flow of goods.

The EEA Agreement gives Norwegian nationals the right to enter the UK freely and – within a defined framework – the right to take up employment/residence throughout the EEA, including in the UK, and vice versa. In addition, certain categories of Norwegian nationals who are economically inactive also enjoy the right of free movement; they include students, persons receiving fixed regular benefits (pensioners, social security recipients) and persons having their own means.

If there is no agreement in place between the EU and the UK on 30 March 2019, those rights under the EEA Agreement will cease to exist. The EEA rules on the coordination of social security benefits, to take one example, will no longer apply in respect of the UK, and the right to obtain an education in the UK on an equal footing with other EEA citizens will end.

The right to obtain medical treatment (under the social security coordination regulations) on an equal footing with the host country’s citizens during temporary stays in other EEA countries will also come to an end.

Up-to-date information about developments in the negotiations on free movement between the EEA/EFTA countries and the UK can be found here.

Below is a list of points that it can be useful to think through in relation to potential restrictions on free movement. The list is not exhaustive:

•          The business should map out its staffing and qualifications needs in the short, medium and long term.

•          Think through whether/how your business can be affected by restrictions on the free movement of persons between the UK and Norway in the form of, say, visa requirements and requirements for residence permits. You can find out more about the rules on residence permits for third country nationals at the following website: https://www.udi.no/ord-og-begreper/arbeidsgivere-ansette-en-person-som-ikke-er-eueos-borger

•          How will restrictions on free movement affect your business model and prospects for providing services in the UK?

•          Companies and trade unions participating in the European Works Council scheme are encouraged to look into which measures may be necessary as a result of the UK leaving the scheme.

•          UK employees seconded to EEA countries must look into which rights apply locally where they are located. They should also make sure that they will continue to enjoy those rights after the UK leaves.

•          Employees holding a work permit in the UK will continue to enjoy rights under UK law. This overlap (and goes beyond) most of the rights guaranteed under EU directives but note that these rights will no longer be based on the EEA Agreement.

If there is no agreement in place between the EU and the UK, there can be consequences for existing and new contracts. Certain risk factors are sector-specific, whilst other risk factors are general and not restricted to individual sectors. If your business has contracts with UK operators that run beyond 2019, or you are in the process of concluding new contracts, there are several issues you should be aware of before signing the contract(s).

Upon signature of new contracts with a UK business it is, in many cases, an open question whether Brexit will become an issue. In order to reduce the risk, it could be worth considering including a “Brexit clause” in the contract which could, for example, stipulate that, in the event of UK withdrawal from the EU, the parties undertake to uphold the contract unchanged or as close as possible to unchanged. This could potentially be combined with provision for renegotiation should Brexit make performance of the contract unreasonable or unreasonably onerous, or for termination of the contract in the event of certain pre-defined conditions being fulfilled.

Below are a number of general factors that it can be good to have thought through beforehand. The list is not exhaustive:

Brexit-proofing: Check whether the business’s existing contracts have been “Brexit-proofed”, that is to say, adapted to a UK that is independent of the EU. Does the company have, for example, contracts that refer specifically to the EU or the EEA as the catchment area (territory), contracts predicated on the UK’s being a member of the EU, or contracts that assume that there is a common regulating authority for the EU and the UK? The territory for a distribution agreement or licence, for example, may be defined by references to the EU and the EEA.

Choice of law: EU rules determining which country’s rules are applicable in the event of a dispute in a contractual situation will no longer apply in the UK. As a basic point, contracts governed by UK law (in reality three legal systems: England and Wales, Scotland and Northern Ireland) will not be changed by Brexit. Although UK law will continue to include a considerable share of EU legislation post-Brexit, this will change over time as the UK will be free to and will amend its legislation once outside the EU.

Dispute resolution: The Lugano Convention lays down rules on jurisdiction and the enforcement of judgments in civil and commercial matters and ensures that judgments delivered by Norwegian courts can be enforced in the UK and vice versa. It is the EU and not the UK itself that is party to the Lugano Convention; accordingly, the UK will not be covered by the Lugano Convention post-Brexit. Brexit will require a new solution between the UK and the EU, and between the UK and Norway. Without a new mechanism in place, a Norwegian business that has been successful before a Norwegian court may find itself having to reinstitute proceedings before a court in the UK.

Contracts with UK banks and financial institutions: the prospect of the passporting coming to an end carries with it the potential of considerable uncertainty. If a financial institution loses the right to provide financial services in Norway, in the worst case this will lead to loans falling due immediately for early repayment.

Brexit: Checklist for businesses – in Norwegian